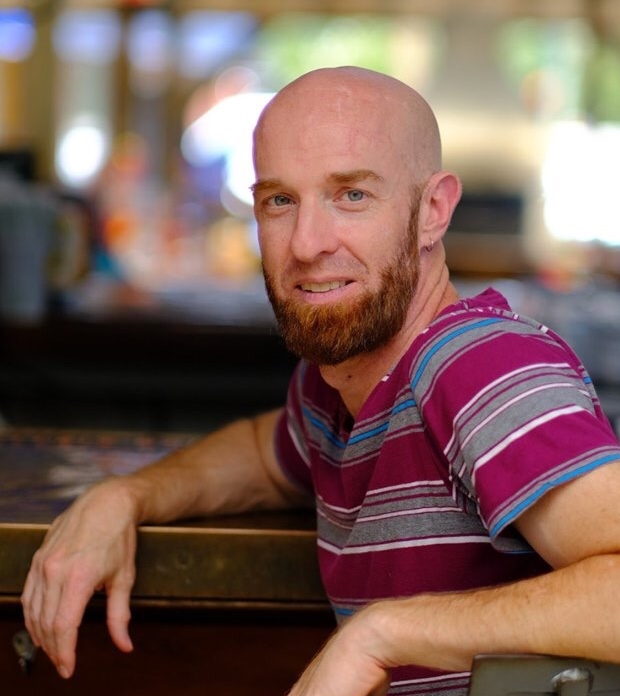 Although I grew up taking art lessons and enjoying drawing, the first time I fell in love with painting  was senior year of high school, in the attic of my parents house. Pops gave me an old stretcher from his undergraduate days, around which I wrapped a bed sheet I think. I went at it with a bunch of old house paint and something about the challenge of making an image without relying on naturalism captured me almost instantly. 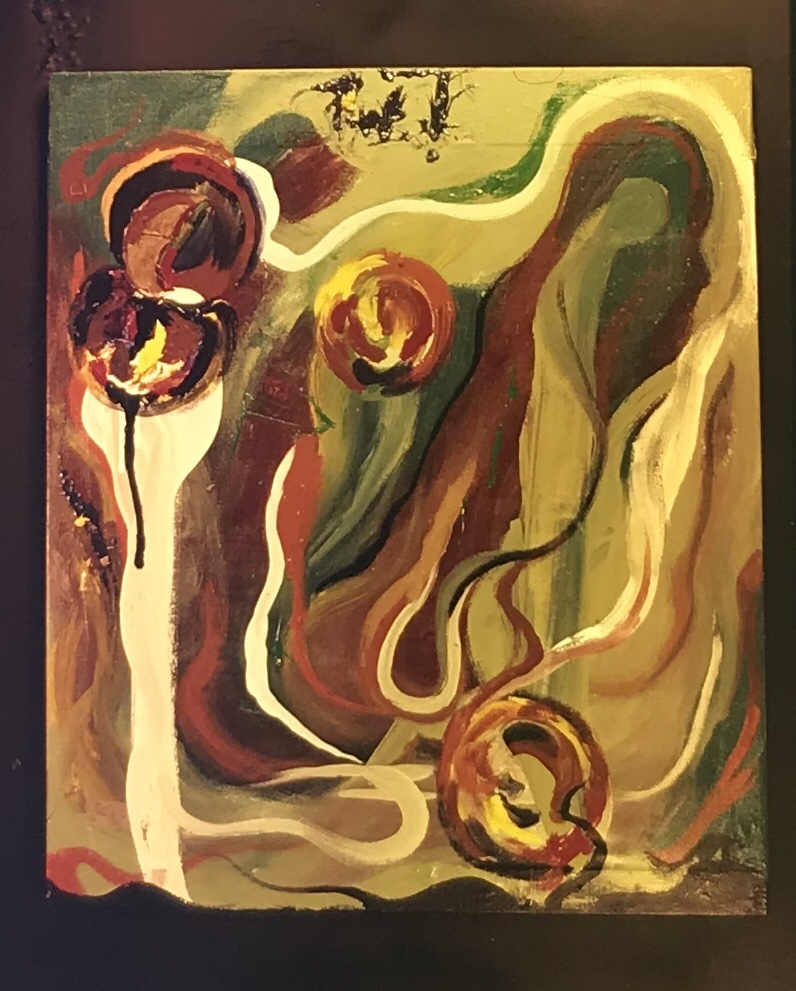 I continued to try my hand with no outside direction into my first year of undergrad at the University of Charlotte. Probably not surprisingly- given my affinity for implying space using isometric cubes- I started down my college path in architecture school. I soon tired because I felt I didn’t want clients telling me what to do (yeah, it sounds pretty childish to me now, too) and switched to fine art. I signed up for an intermediate level class on abstract painting second semester Sophomore year and quickly found out that our library had hundreds of monographs on artists who also worked in this vein (let’s be honest- many of us grew up knowing abstract painting was a “thing” but couldn’t name a single practitioner). I was drawn to the Abstract Expressionists first and sort of worked my way forward to what was happening while I was in undergrad (for me, it was mostly about the likes of Lydia Dona, Fabian Marcaccio, David Reed and Jonathan Lasker– the biggest survey of the era in which I was schooled was/is Conceptual Abstraction).

This was the time in my life when the young, idealistic me became an Artist- a love of making was cemented as well as my predisposition to making what at the time I would have called serious work. I quickly went from small scale studies in my dorm room to 4’x8′ and sometimes larger, much to the chagrin of my professors (undergrad studio space was limited).

The 90s weren’t a bad or great time to be making abstract painting- painters still got their fair share of Artforum covers– and I felt like being an outsider inside the little Art world which was outside the real world was just fine. Rebelling against the rebels and all that. I was still recovering from being raised MAGA so I’m sure that played into it. All the above is to say that a) I am and mostly have always been drawn to paintings that would be called non-objective, abstract, or formalist and b) I recognize, due to academic training, that the idiom I wield is part of a tradition that grew out of Western painting (more thoughts on that here).

Like all serious undergrads, I elected to try grad school too, of course, and started at the University of Houston in the Fall of 1998. In the middle of second year (of a three year program) I began to notice my lack of concern for the academic art world, and at that moment, fighting thousands of other MFAs for a limited number of opportunities to hang around a caste of characters who I, almost entirely, found so boorish, seemed a poor life choice. I immediately took time off from grad school and began working odd jobs and making small op-art pieces based on my love of color field/op art practitioners and a Hannah Barbara pallet. I had some success with a couple of new galleries in the Houston market. 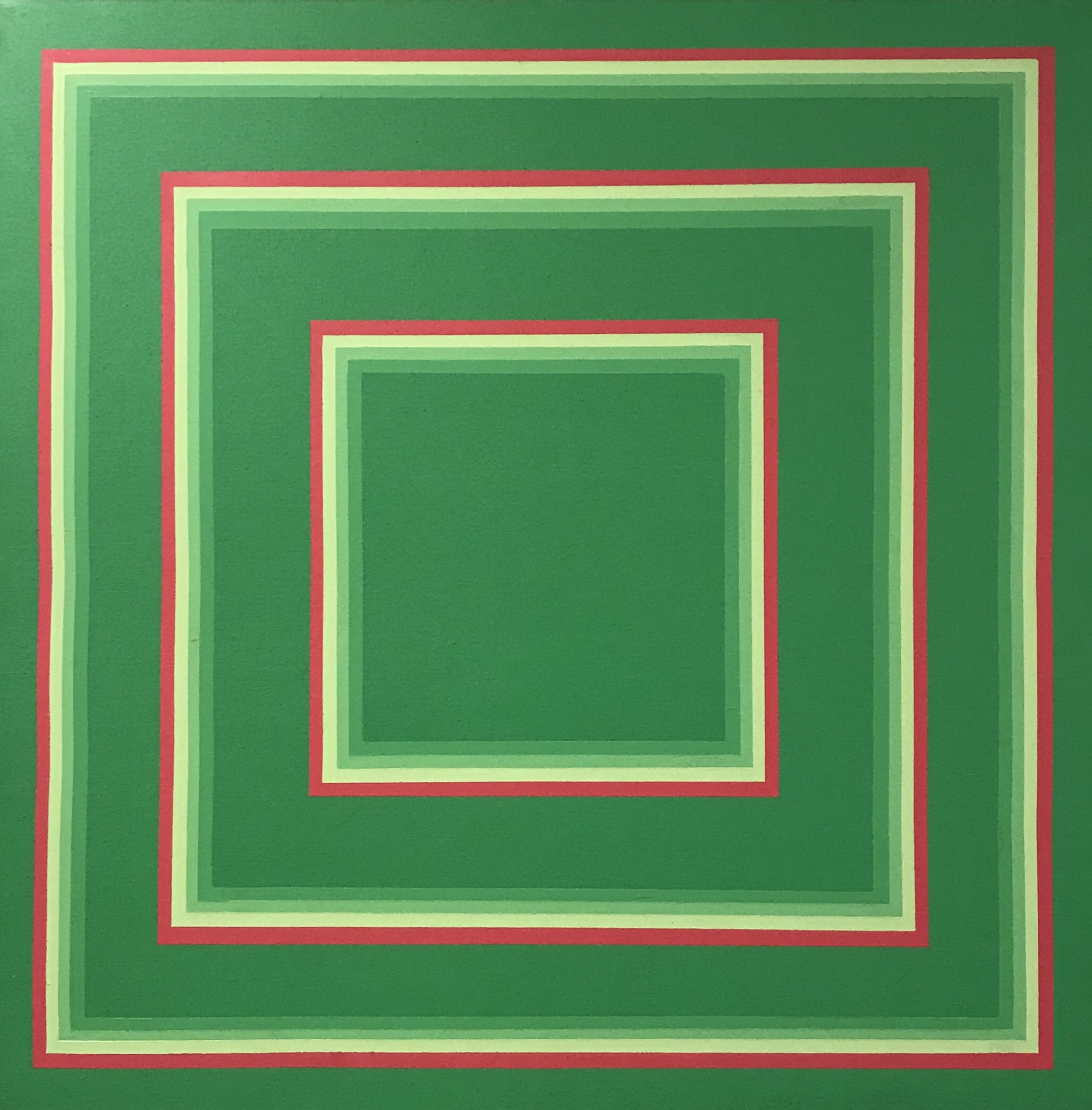 Life happened quickly after, in the form of a first child in 2001, followed by officially exiting the grad program prior to receiving an MFA (grad schools expect full time commitments, which doesn’t allow for working parents with kids- ooops for diversity…) and then a move back home to North Carolina. Though I painted some at first my energy and focus shifted to trying to find work in clean energy, my other passion and eventually, profession (insert a chunk of years where I  spend almost no time trying to be an artist).

Arriving in 2021, my life story finds me blogging, painting again, still committed to building a clean energy future, and trying to launch two young adults into the world.